Mandate: To enhance the reputation of Eskom by promoting a positive perception of the Generation Group and goodwill towards the Eskom brand.

The visitors centres are a platform to support Eskom in communicating our strategic messages.

Join the more than 40 000 people that visit our centres every year for the facts about the world of electricity.

Guided tours are conducted daily during weekdays for the general public, industry, business, NGO’s, clubs, and educational institutions.  Visits include presentations in our well equipped auditoriums and an opportunity to browse through our interactive exhibitions.

Drakensberg, Palmiet, Lethabo and Ingula offer tours of the power stations and the thrill of experiencing giant machines in action.

If you cannot visit us, we can come to you – please discuss external presentations with any of our friendly staff. 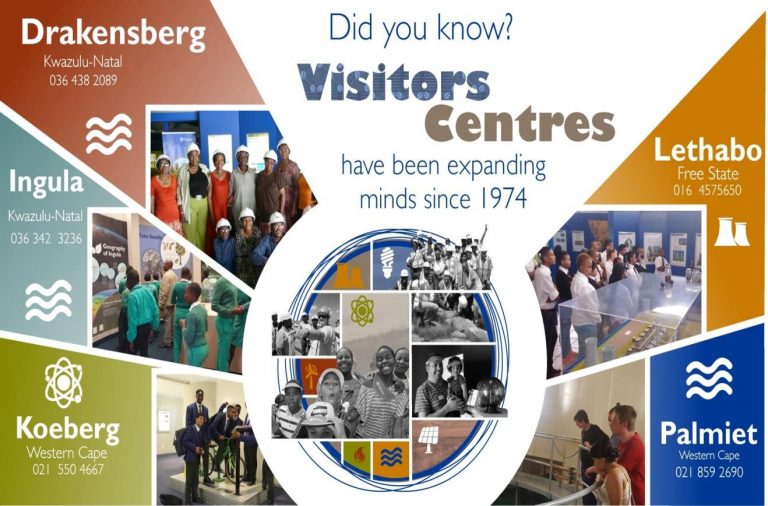 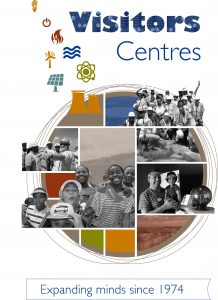 Due to the pandemic our Visitors Centre is closed to the public, however that does not prevent us from visiting you!

We would be happy to present the story behind the switch through tailor-made, in-depth talks, either online or at your place of work.
Businesses                   Schools

The power station generates 3 708MW (6 x 618MW) of base-load electricity and is often referred to as the power giant of the Vaal Triangle.

How to get there:
The Visitors Centre is within 25kms of the major towns in the Vaal; Vereeniging, Vanderbijlpark and Sasolburg, and less than an hour’s drive from Johannesburg.  From Johannesburg/Pretoria in the north, take the N1/N3/N12 onto the R59.  Take the N1 from Bloemfontein in the south, then off-ramp to Vanderbijlpark. 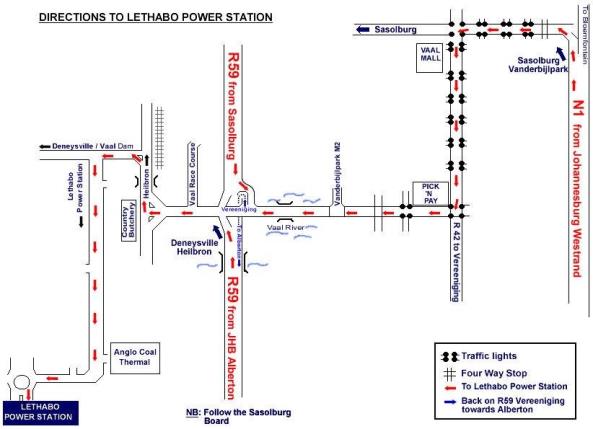 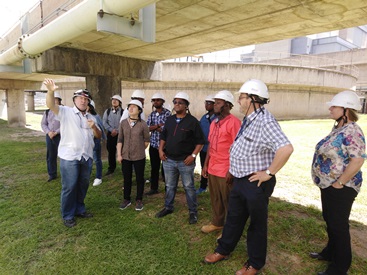 The Drakensberg Pumped Storage Scheme is situated in the picturesque Northern Drakensberg of KwaZulu-Natal.

Protection and restoration of the environment continues to be a focus area and almost all installations are underground.  The four reversible pump turbines, situated 156 metres below ground level, generate 1 000MW (4 x 250MW) of electricity for the Eskom National Grid during peak periods.  The scheme is also a joint venture between Eskom and the Department of Water Affairs in the transfer of water from the Tugela River to the Vaal Dam via the Sterkfontein Dam in the Free State.

How to get there
The Visitors Centre is located off the R74 between the towns of Harrismith (Free State) and Bergville (Northern Berg of KwaZulu-Natal).  The R74 can be accessed from the N3 between Johannesburg and Durban. Africa’s first and only nuclear power station is situated on the West Coast of the Western Cape.  Koeberg’s two generators have an installed capacity of 1 940MWs (2 x 970MW).  It boasts the second largest turbines in the Southern Hemisphere.

At Koeberg Visitors Centre the fission process, through which clean and safe power is generated, is revealed.

Enjoy a hike along one of the two nature trails, or the cycling route, through the Koeberg Nature Reserve.  The reserve is home to a variety of fauna and an abundance of flora.  Entrance to the reserve is free of charge. 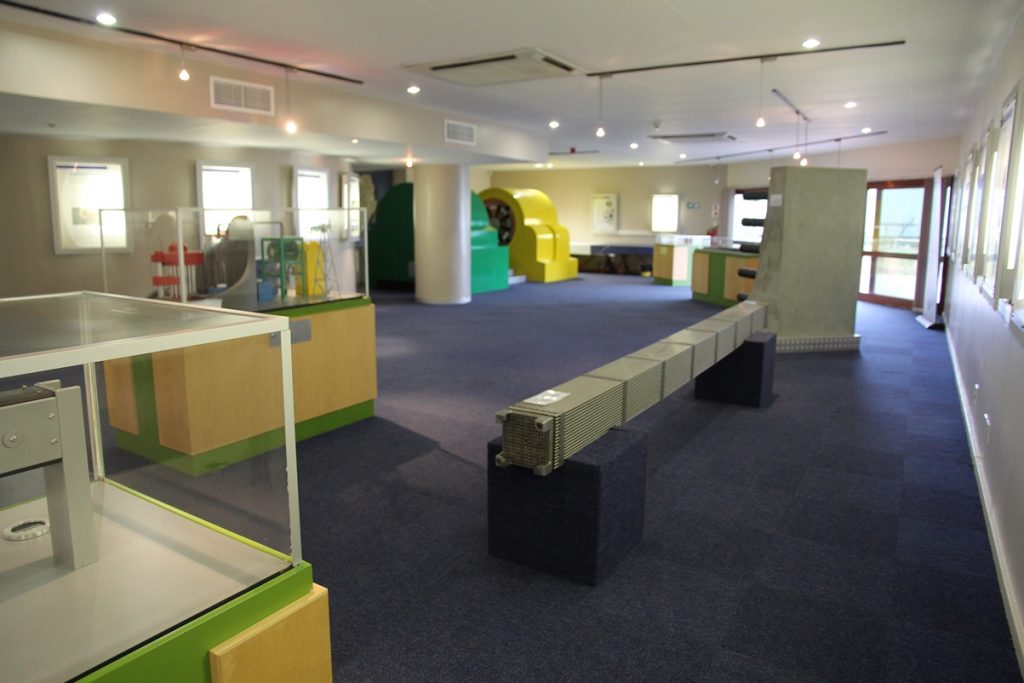 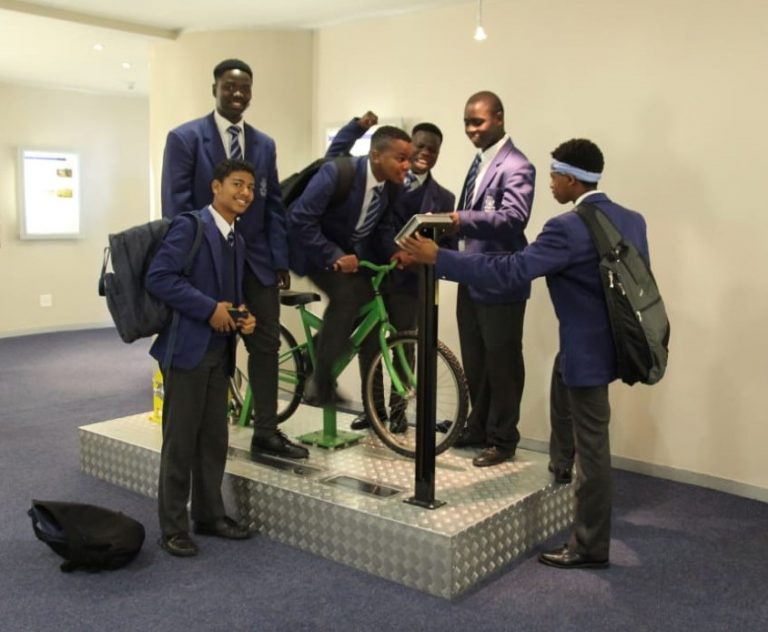 The Visitors Centre is situated about 30kms north of Cape Town along the R27 West Coast Road, just after Melkbosstrand.

The Palmiet Pumped Storage Scheme, a joint venture between Eskom and the Department of Water Affairs, generates 400MW (2 x 200MW) electricity for the Eskom National Grid and transfers much-needed water to Cape Town.  Water used to generated electricity during peak periods is pumped back to the upper storage dam at night to be used again the following day.

The power station is located in South Africa’s first biosphere reserve – the heart of the Fynbos Plant Kingdom and home of the protea. 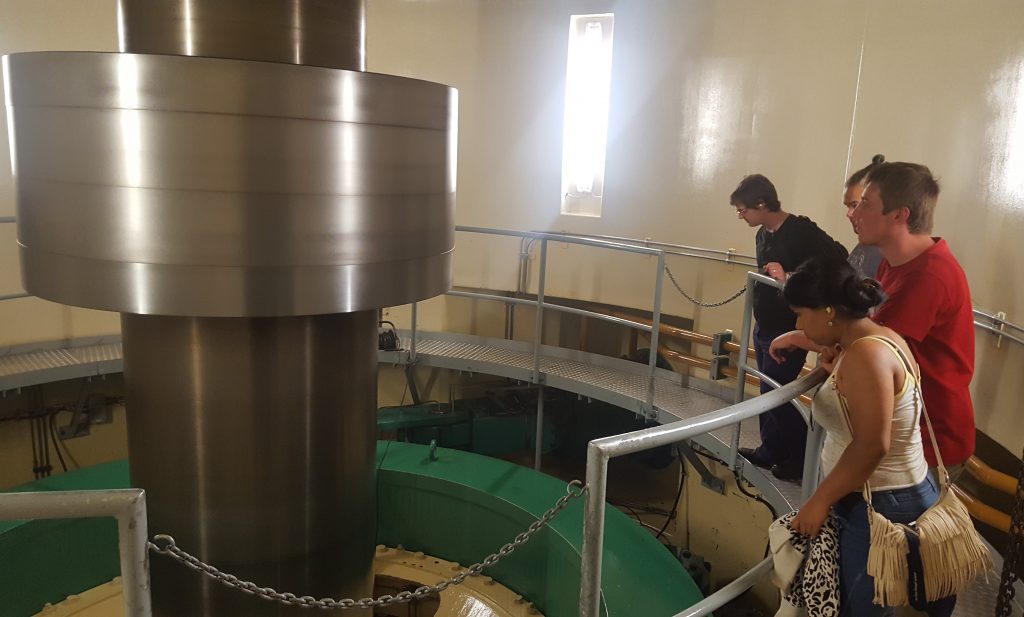 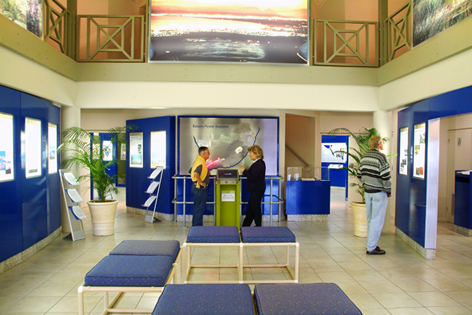 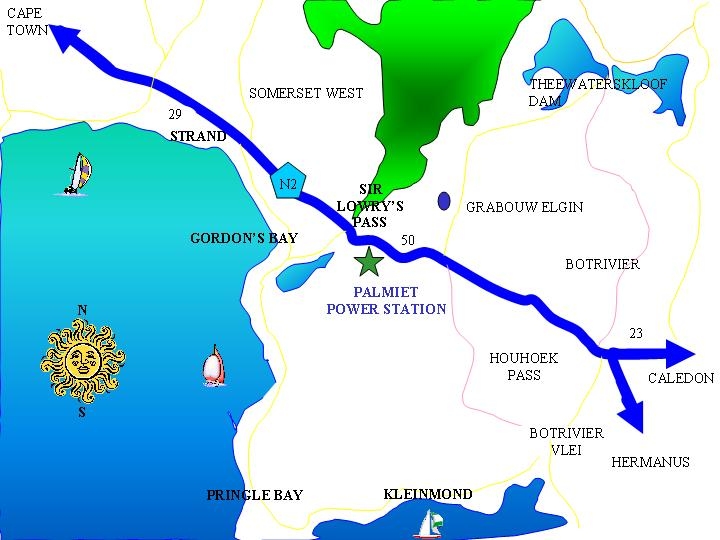 The Visitors Centre is 80kms from Cape Town.  Take the N2 national road south and turn right at the Rockview Dam road, opposite Grabouw.

Ingula Pumped Storage Scheme has the capacity to generate 1 332MW (4 x 333MW), providing the National Grid with electricity during peak times and emergencies.  The scheme consists of two dams, one at the upper site, Bedford Dam, and another below the escarpment, Bramhoek Dam.  The two dams are connected by underground waterways which run through an underground powerhouse containing the four pump-turbines.

In 2018, Ingula and its associated land was formally declared as a nature reserve.  The Ingula Nature Reserve is Eskom’s third nature reserve and is home to over 350 bird species, three of which are critically endangered.  The area is particularly rich in biodiversity, making it a vital area for conservation. 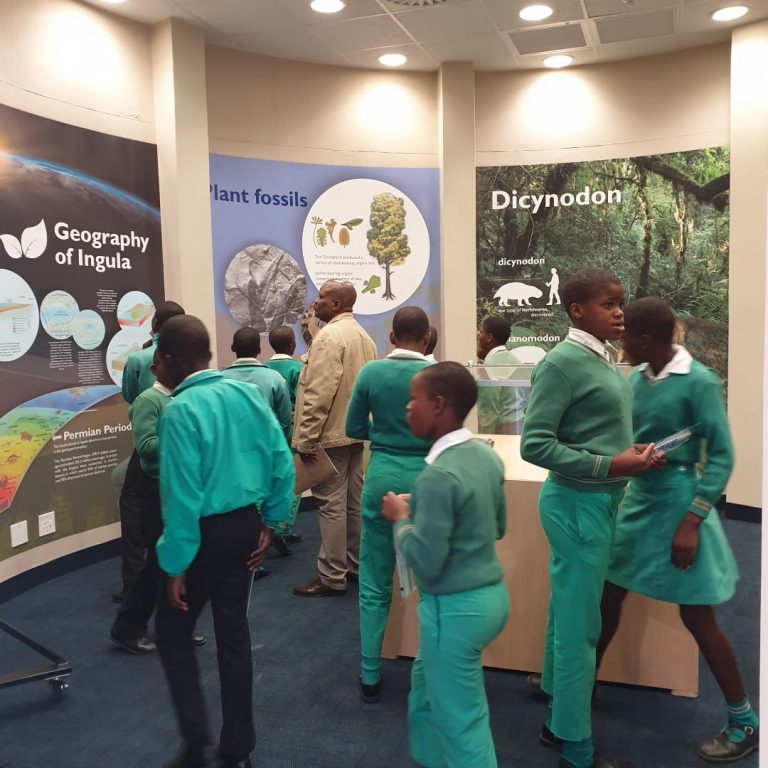 Off R103, 55km’s from Ladysmith (33km’s northeast of Van Reenen), between the Free State and KwaZulu-Natal.