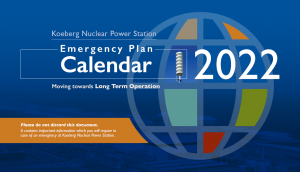 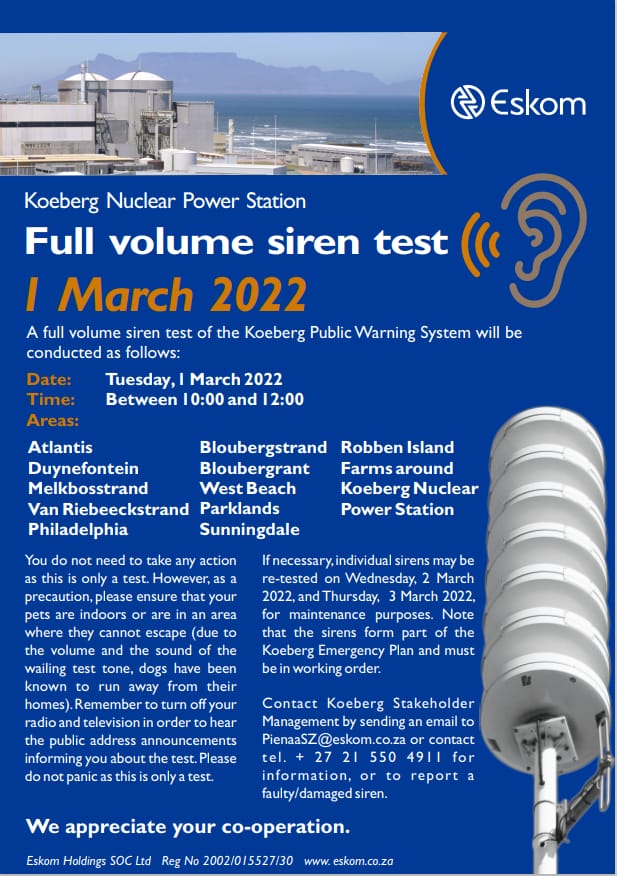 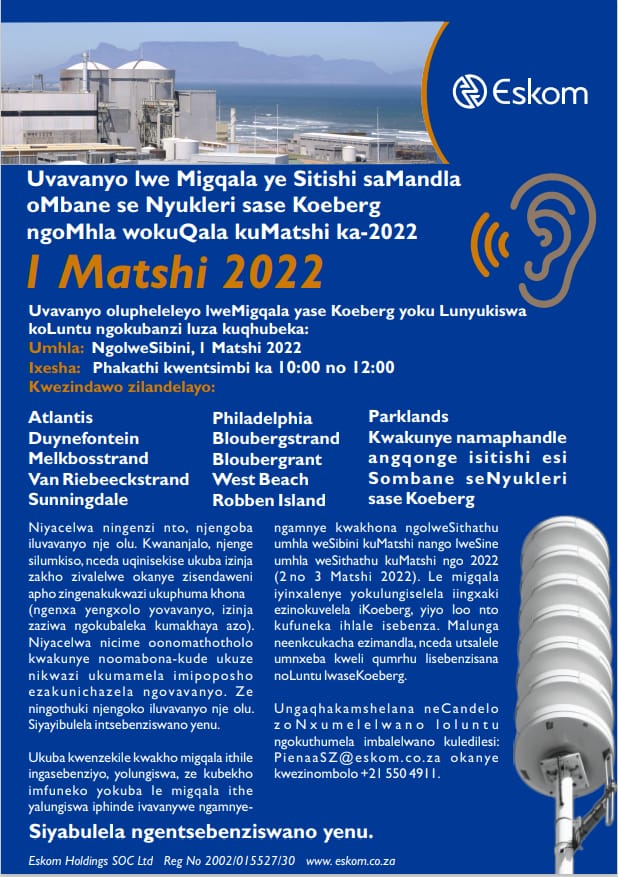 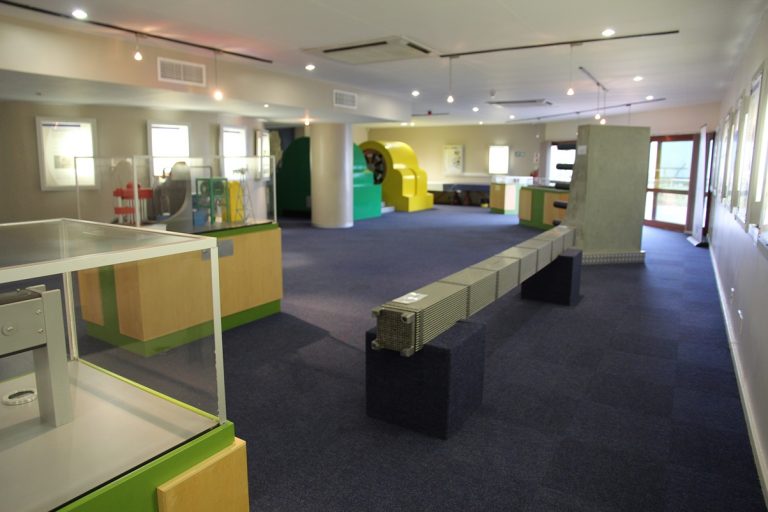 Koeberg’s History
Construction of Koeberg began in 1976 and Unit 1 was synchronised to the grid on 4 April 1984, with Unit 2 following suit on 25 July 1985. It is situated at Duynefontein, 27km north of Cape Town on the Atlantic coast. Koeberg ensures a reliable supply of electricity to the Western Cape, one of the fastest growing regions in South Africa. It has operated safely and efficiently for over 28 years and has more years to go still.

General
Koeberg, the only nuclear power station in Africa, has a pressurised water reactor (PWR) design. It boasts the largest turbine generators in the Southern Hemisphere and is the most southerly-situated nuclear power station in the world. Koeberg is surrounded by a 3 000 ha nature reserve owned by Eskom, containing more than 150 different species of birds and half a dozen small mammal species.

Low and intermediate level waste from Koeberg is transported by road in steel and concrete containers to a remote disposal site at Vaalputs, 600km away in the Kalahari Desert. The spent fuel, is stored on site in special pools quipped with high-density racking.

Koeberg ranks amongst the safest of the world’s top ranking PWR’s of its vintage and is the most reliable Eskom power station. Koeberg has been awarded the NOSCAR status over 14 times by the National Occupational Safety Association (NOSA).

Back to Generation home page 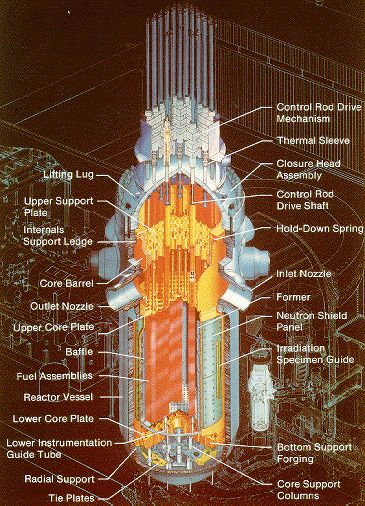 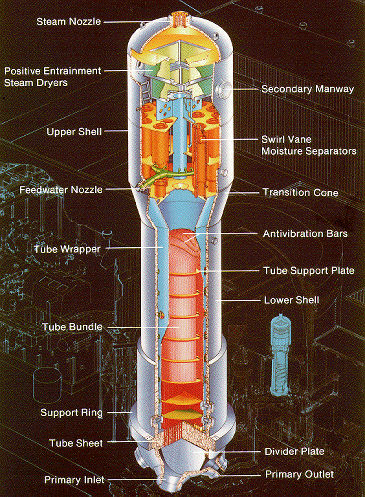 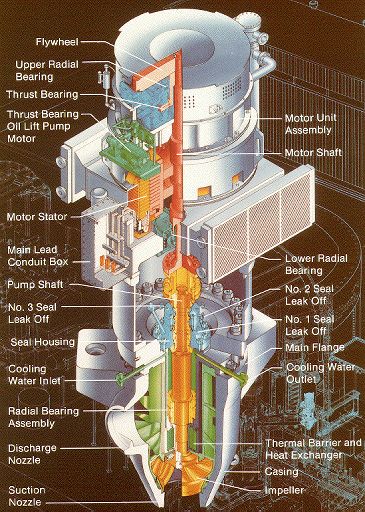 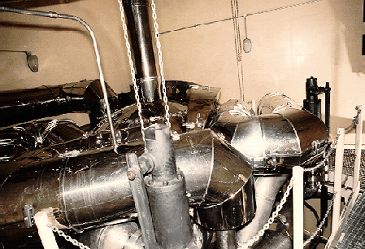 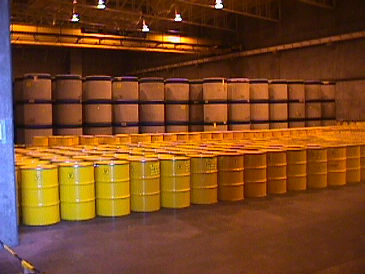 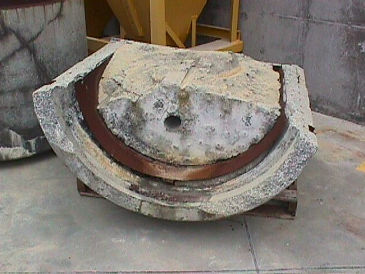 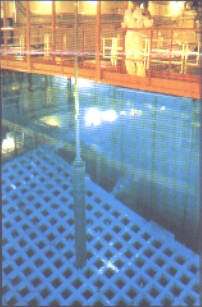